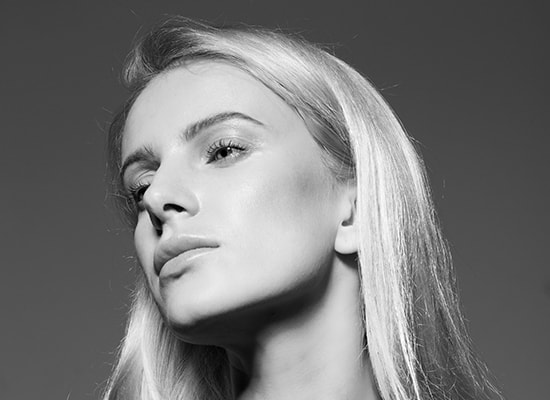 Alevtina is a part of new wave inside the electronic music scene of Ukraine. She puts her soul, her constant emotions into everything she does and into a spectacular music selection. She was always true to her musical taste and this has strengthened her ability to stand out from the crowd. Alevtina starts developing her role as a music producer in 2016, refines her sound into a unique combination of old school and acid house, breaks and techno. August 2016 she released the first album "Mars" for the ukrainian label Dear Deer Records . Next release [January 2017] was her push forward, which was released on London label Snatch! Records , which is owned by Riva Starr . Track "Near But Far" entered the collection, which was specially prepared for The BPM Festival. This track has supported such big names as: Magdalena , Roger Sanchez , Matthias Tanzmann , Joyce Muniz , Mousse T. , Melé , Lissat & Voltaxx and many other. in June 2017 released track “Venice“ on ukrainian techno records - IAMT (owner Spartaque) and EP “Protest” on London Records - Glasgow Underground ,that now has supports from : Paco Osuna , Oscar L , Hollen , Brigado Crew , D.O.N.S. and others. Some more releases was in June on Glasgow Underground , the track named “ 13H “ ,which was in Glasgow Underground's Ibiza album that is traditionally the biggest their release of the year and 2 tracks in EP “Digital Love“ . In August her track “ Lombi “ was released onf Funk'n Deep Records . In September was “Fucking Raw EP“ has been released on 303lovers . 303Lovers is the spawn of a musical design by Luigi Rocca and Manuel De La Mare. 6 April 2018 she had a released on sub label of Material Series “You And Me EP “.She was a guest of one of the popular Spanish radio station "IBIZA Global Radio" , also on “ Dj Mag“ at Arjaus studio, “ Data Transmission “.

In the summer of 2019 Alevtina became a SkyBar club resident ,one of the best clubs in Ukraine. 28 of August’20 she released her track in compilation on australian label Club Sweat . Alevtina has already established herself as an elegant person in electronic music, powerful and groovy style, always connected with the crowd. Her unique energetic style made her quickly noticeable.