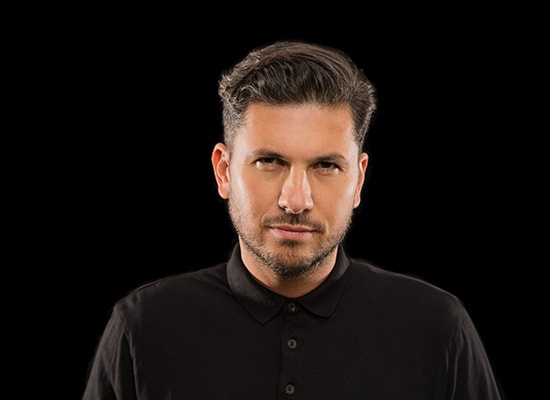 Anyone who has heard of CamiloFranco knows he is an exemplary hard-working DJ.Week in, week out, Camilo is constantly on the move. Through high profile performances at Pacha, Privilege, Amnesia and Space, herapidly rose to a position of reverence as a pioneer of House scene in Spain, and of course, one of the authentic figures of Ibiza’s legendary nightlife. After 8 years of residency at the legendary and most awarded clubin theworldSpace Ibiza he is now attending during the summer his weekly residency at HeartIbiza, Cdlc Barcelonathe whole year, and deejaying allover the planetand festivals all along the year. There has to be a reasonfor which Camilo is so sought out by clubs from all around of the globe, ranging from Asia to America and all regions in between, and that is because of his charisma in the booth. His unique style triggered anunstoppable dance floor frenzy in every single venue he has played. Proofof this is Camilo’s constant inclusion in major festivals’ line-ups, such as the Ultra Music Festival three years in a row. Born in Colombia but living in Spain since he was a kid, Camilo Franco started his career as a DJ at the fresh age of 15 and he was soon spinning in clubs all over the country and beyond our borders. Over the years he has amassed quite a collection of awards and prestige: not was he only a resident DJ at Space Ibiza for 8 years, and now at Heart Ibiza with La Troyabut one of the most international artists based in Spain. He has been nominated as the best national DJ by the Spanish Vicious Magazine many times, he was awarded by Deejaymag asthe Best Ibiza Residentand he was recently bestowed the title of best Colombian resident DJ abroad bythe Colombian Dance Awards. A nice track record which will doubtlessly keep growing.