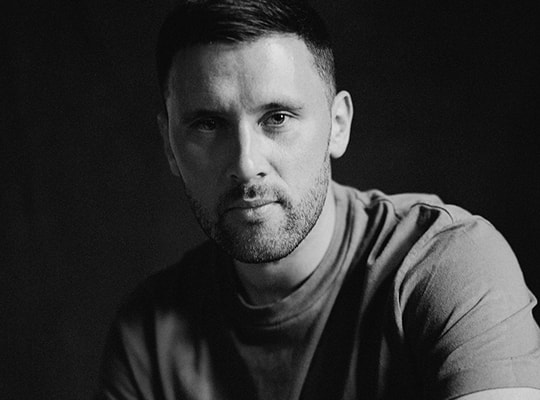 Presenter, producer, tastemaker, influencer and all-round champion of electronic music: welcome to the ever-spinning world of Danny Howard. The established BBC Radio 1 presenter is out to widen his dance music net, both online with his own music and in the physical sense, making waves in the ever-growing sea of electronic music and DJs. His broad knowledge of the scene is the reason he's well respected as one of the world's leading dance music broadcasters, gaining props from from Eric Prydz and Calvin Harris to Dusky, Gorgon City, Mark Knight and beyond. “I always wanted to be a tastemaker and help lead the way in shaping UK dance worldwide,” says Danny. It's been five years since Howard first took to the airwaves on BBC Radio 1 and now he's looking ahead to the next five.

Danny Howard recently joined Pete Tong and Annie Mac on the legendary Friday night dance line up to bring two hours of the best in house and underground dance music. The schedule change is a bold and exciting move for Danny: needless to say, he couldn’t be more excited. “The show is going to be more underground,” he states. “It will be a true reflection of what I play out when I DJ: full-on club vibes! Expect back to back pure fire for two hours!”

Danny’s ethos is simple: whether it’s on the radio, at a festival or via a record he’s supporting, the same spirit and energy goes into everything.

Some music you’ll know, and some will be brand new to you: but that’s precisely the point. Indeed, the music he supports is seeing him move into stronger line-ups at home and overseas. At EDC in Vegas, Danny played on the Paradise stage alongside Jamie Jones and Green Velvet. The prestige wasn’t lost on him. “Playing with Jamie and Green Velvet was an honour, he’s been a real inspiration alongside Erick Morillo. The first time I ever went to Ibiza, I saw Carl Cox, Green Velvet and Erick: the two standout nights were Green Velvet warming up for Carl at Space and the night after was the Subliminal Sessions party at Pacha. Being asked to remix a classic track for Subliminal was another big deal last year.”

Since starting his radio career at a time when dance music was dominating the commercial charts, Danny had a hand in supporting the early careers of global superstars such as Martin Garrix, Duke Dumont and Rudimental. Always keeping his ear to the ground, Howard is hungry to help those who deserve to have the spotlight shone on them via his radio shows both in the UK and on Sirius XM in America. Danny is also the proud owner of Nothing Else Matters Records, where he’s released big club tracks from UK house music stars Solardo, Kydus, Alexis Raphael, Rhythm Masters, PAX, The Golden Boy, Mason Maynard and more.

So this just leaves one last point, the music Danny’s making himself. With 4 EP’s released in 2017 on highly regarded labels such as Toolroom, Glasgow Underground, Shadow Child’s Food Music as well as remixes for Ministry Of Sound, he’s ready to unleash more going into 2018.

“I’ve been working hard in the studio to really grow my reputation as a producer and I’m super proud of what my music achieved last year with my first ever Beatport Top 10 with ‘Two Three One’ and support from DJ’s I look up to and respect. I can’t wait for you to hear the new tunes!”