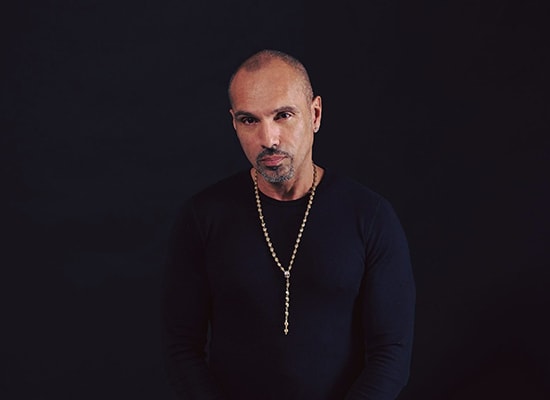 David Morales is a globally revered American DJ, a Grammy award-winning record producer, a songwriter, and a businessman.He has produced and remixed over 500 records for an all-star roster of multi-platinum artists, including Mariah Carey, U2,Michael Jackson, Aretha Franklin, Madonna, and Whitney Houston. The global phenomenon and penetration of dance musicinto Top 40 radio would not have been possible without him.A native New Yorker, Morales was one of the first superstar DJs to actively tour the world—and his activity, over the years, hasonly increased. Recent 2019 headlining dates include the U.K.’s 51st State Festival; a back-to-back set with Luciano at IMS’ DaltVilla party; massive five-hour “tag team” sets with Louie Vega; sold-out events at Manchester’s Victoria Warehouse, AvantGardner in New York, and A Night in Paradise at London’s Ministry of Sound. Coinciding with these dates was Morales’ keynoteinterview and official party headliner at the Brighton Music Conference, which included a streamed set on the British Airwaysi360 Tower.Not one to rest on his laurels, in the midst of this non-stop tour schedule, Morales launched Diridim Records in 2018. With thisnew label, Morales is signing and developing artists—and naturally, releasing someof his own productions. Diridim celebratesall dance music, from the classic sounds Morales is known for to straight up electronic. Releases in 2019 include the multi-volume “The Red Zone Project,” Izizwe, featuring Shota, and collaborations, “There MustBe Love” and “Freedom” with JaniceRobinson. His unquenchable thirst for newness is precisely why this native New Yorker remains relevant. “It is about keepingan open mind,” Morales explains.FILM /TV/FASHION/RADIODavid Moraleshas transcended musicalgenres to create a global brand.His music productions have appeared in popular filmsand television shows, including The Devil Wears Prada, Ninja Turtles 2, Don’t Mess With the Zohan, andStar(TV Series). HisDiridim radio show can be heard on Ibiza Global Radio which is streamed to millions of listeners around the world. In 2016,Morales was the lead judge on “Top DJ” a national television series broadcast on Italia 1. When it came time to wear hisfashion model hat, Morales appearedin a global advertising campaignforluxury design house, Iceberg.HISTORYDavid Morales honed his skills as a DJ in the 1980s and 1990s at such legendary clubs as the Paradise Garage, Red Zone,Ministry of Sound, and Sound Factory. When the remix and DJ work began taking off, Morales teamed up with house musiclegend, Frankie Knuckles, andFor The RecordDJ Pool founder/NYC nightlife impresario, Judy Weinstein, to create Def MixProductions.Morales’ prolific production career kicked into high gear in the 1990s with the release of his solo debut album, “The Program”by David Morales & The Bad Yard Club. In the late-1990s, with hundreds of remixes (Mariah Carey’s “Dreamlover,” JanetJackson’s “Throb,” Alison Limerick’s “Where Love Lives,”CeCe Peniston’s “Finally,” Jaydee’s “Plastic Dreams,” Robert Owens’“I’ll Be Your Friend,” under his belt, Morales recorded the groundbreaking house jam, “Needin’ U,” under the alias DavidMorales Presents The Face. Morales’ second album, “2 Worlds Collide,” arrived in 2005, followed six years later, by his thirdalbum, “Changes.”David Moraleswas nominated for his first Grammy Award in 1996 as a Producer on Mariah Carey’s album, ‘Daydream’ for thesong ‘Fantasy’. He won the 1998 Grammy Award for “Remixer of the Year.”Though Morales’ past is surely one for music’s history books, the DJ-turned-artist always has his eyes firmly focused on thefuture—on what lies ahead. He keeps an ear to the ground, regularly exploring new music, new artists, and hotly tipped DJswho might inspire him to “go and do my homework.” He happily embraces the new generation of clubgoers. “They don’t careabout yesterday”, he says, with a knowing smile.