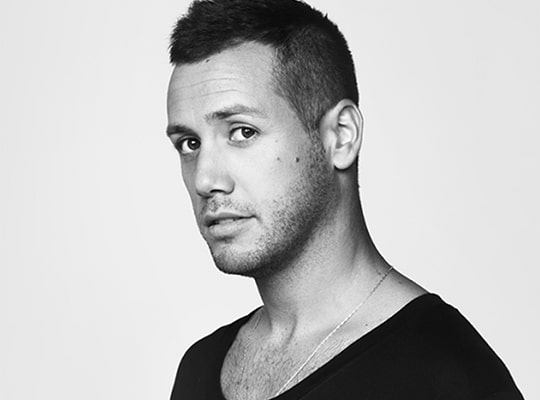 Francisco Allendes, Chilean DJ and producer now residing in Ibiza, is one of the hottest talents of the contemporary dance music scene. Active since early last decade, Allendes has grown over the years, releasing music for some of the most prestigious labels in the techno / house scene such as Desolat, Kaluki, VIVa Music, Cadenza, Snatch, Mood and Crosstown Rebels. The Fiebre Amarilla World Tour 2009 consecrated him on the world DJ platform and ever since, he has been omnipresent in his home country Chile at Creamfields, Awakenings, Mysteryland and Love Parade Festivals as well as on the world circuit at major events such as Tomorrowland, Medusa, MMW, BPM, ANTS and Hyte to name but a few. His sound as a producer shifts between synthetic house and techno grooves - always displaying flashes of organic rhythms and percussion. Allendes has produced several hits of the tech and house scene - the most recognisable being Caligula, Llovizna, Agility Queen and Eres; and his production has been widely received and supported by some of the most influential DJs of our time, including Carl Cox, Loco Dice, Marco Carola, Luciano and Damian Lazarus.

Music in the DNA

Francisco Allendes was born in Chile and introduced to music from a very early age. At the tender age of nine, his parents bought him a violin, on which he continued to be classically trained for eight years and which took him to play in numerous chamber orchestras and folk groups. At 17, his musical taste took a turn when he first discovered progressive rock and synthesizers. The synthesizer was his initial contact with electronic instruments, and opened his eyes to a whole new world, which in turn, motivated him into researching new sounds. Soon after, he began to produce his own music and naturally he also moved on to discover the art of DJing. In 2001, he laid his hands on his first Technics and he progressed rapidly to join the circle of professional Chilean DJs. His first productions soon launched him onto the scene and led him to perform at some of the biggest festivals in Chile as well as giving him exposure to the international circuit.

In 2005 Allendes moved to Zaragoza (Spain) and started working with DJ and producer Iñigo Oruézabal on the Monomachine and Garlic projects. He soon started releasing on European labels Immigrant, Catwash and Paradigm amongst others as well as playing in some local clubs. In 2007 he took his experience and returned to his hometown, and in association with his long time friend Marcelo Rosselot, started the first vinyl and digital record label based in Chile called Andes Music; aiming to promote upcoming South American artists. Shortly after this his career received a boost when he released a track he worked on together with Alexi Delano named “El Coleccionista de Piedras, on Matthew Dear’s Spectral Sound label – all of which began to cement his name within the flourishing tech house scene.

Allendes thereafter discovered his identity as a producer and developed his unique style (tech house and vigorous dance with Afro-Latin influences. He wrote multiple successful tracks: Espíritu (Kling Klong Records), Llovizna (Cadenza) and El Ladrón de Mails (Cadenza Lab), releases that caught the attention of many international and iconic DJs. In 2009 he embarked on the Fiebre Amarilla World Tour, playing in clubs all over the world, including Japan, the Netherlands, USA, Spain, France, Venezuela, Argentina, Brazil, Peru and Uruguay. This tour put him firmly in the spotlight of the international industry and he soon after made the decision to move to Ibiza.

Francisco Allendes arrived in Ibiza in 2010 and immediately signed up a residency at Ushuaïa Beach Club, a venue renowned for the underground music revolution that year and the place that launched the current Ushuaïa Club as it stands today. That season Allendes released the track Esa Nena Quiere on Steve Lawler’s label “VIVa Music” - a record that immediately became an overnight success and received high acclaim from Luciano, Ricardo Villalobos, Reboot, Josh Wink and Tania Vulcano. In 2011 he was called up by Sven Väth and asked to be Cocoon resident of their party in Formentera (Tipic Club) – a collaboration that continued throughout 2012. In 2013 he went on to cement a monthly residency at ANTS (Ushuaïa) and throughout that summer he played back to back with Paola Poletto there, as well as performing at Loco Dice’s Used + Abused parties and at the Privilege Closing Party. In fact Allendes has become of course no stranger on the Ibiza scene, having gone on to play parties regularly every season including at Hï Ibiza, Space, Privilege, Amnesia, Sankeys, Underground, Heart and also presenting the weekly ANTS Radio show which airs on weekly on Ibiza Sonica as well as being syndicated on stations worldwide.

The past few years has seen Allendes continue his presence in Ibiza – still holding a residency at Ibiza´s biggest underground event “ANTS” at Ushuaia, in addition to playing parties at several of the islands other superclubs including stints at Bodyworks at Hï throughout summer 2019. His continued love of the white isle and the events he plays there resulted in the accolade of best Ibiza DJ at the DJ awards in September 2019 – a prize that Allendes himself recognizes as one of the best moments of his career so far and a symbol of the island he feels has already given him so much. He´s also continued his extensive worldwide touring with dates spanning the globe and involving sets at some of the worlds most recognisable clubs and festivals. He has completed several huge South America tours, one of which included an exclusive live performance with his own band - the “Allendes Orchestra” at Creamfields, Santiago, Chile. To be able to perform live with fellow musicians in his home city was a dream come true for Francisco and allowed him to introduce elements of his classical past to his electronic present. More recently, he was one of the leading forces behind the debut of the ANTS brand in Chile resulting in a spectacular show in his hometown and another dream fulfilled. But of course as much as he loves to tour, you will never find Allendes far from his beloved studio where in the last few years he has penned releases for Desolat, KMS, Rawthentic, Kaluki, Sola, 8Bit and Snatch. Never one to rest on his laurels, Allendes has his own EP already penned and awaiting release on Nic Fanciulli’s Saved Records with further releases soon scheduled on Armada Subjekt for which he is also an ambassador. In addition he recently reworked and re-released the beautiful Llovizna as a ten year anniversary EP on Cadenza. The track which he originally co-wrote with Felipe Venegas and which received huge support on its first release on the same label back in 2009 has been reedited by the duo whilst also being treated to classy remixes from industry stalwarts Luciano and Loco Dice. Indeed you will find Allendes working on his next project most days whenever he is not touring - In Fran´s own words “music has always been part of my life – I have never done or wanted to do anything but music, and I can´t imagine a day when I wasn´t doing something music related”. This ethic is one which keeps Francisco Allendes in the spotlight and which also will fuel his commitment to the electronic scene for many years to come.