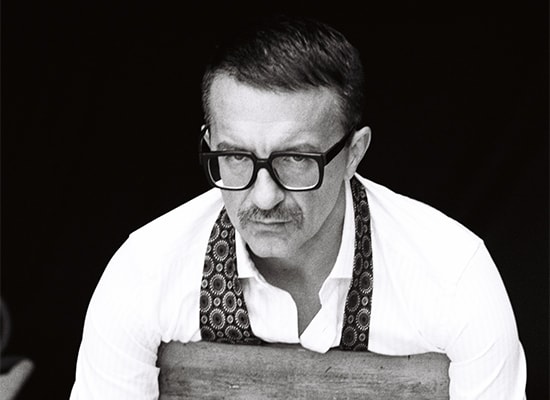 If you haven’t heard directly of John Acquaviva’s works, the chances are - whatever your involvement with electronic music is - that you will be aware of his work and influence within the electronic music community. The Italian-Canadian artist may be best known for his involvement with the techno titan Richie Hawtin, and the forming of the highly influential labels Plus 8 Recordings and DEFINITIVE recordings, however his influence and reach extends in swathes beyond these considered pillars of dance music culture.

Although his music and industry accolades sit amongst the greatest in the game, much more can be said about the kind of driven, open-minded character John Acquaviva possesses. A natural entrepreneur, an industry visionary and an avid collector of records, Acquaviva has long set the pace in an underground movement that has become so fruitful and diverse since its inception - not to mention being one of the most technically gifted DJ’s to grace a pair of turntables. Acquaviva is as intrinsic to the progression of dance music as any and a true pioneer in the evolution of what we consider the modern DJ.

On the technological front, no other DJ has made such significant contributions to the advancement of how DJs perform. Acquaviva’s masterful technique and firm grasp of the trade led to his fruitful involvement with Final Scratch and Beatport. A vital founder and active member of both companies – the former, a tool that allows manipulation and playback of digital audio sources, and the latter, a major online hub for electronic music – John’s role extends far beyond his taste making capabilities. He’s been an integral figure in sculpting the genre’s game-changing transition from analogue to digital, and from vinyl to turntables and laptops. Sharing this vision with fellow Canadian act Richie Hawtin, the pair spearheaded a project that would act as the iTunes of dance. Together, the duo arguably paved the path for a new and zestful era.

In 1990, Acquaviva and Hawtin co-founded Plus 8 Records, which capitalised on minimal releases from Cybersonik, Speedy J, Kenny Larkin and Plastikman. It wasn’t until 1993, however, that the pair began to truly embrace their passions for house music by dishing up a second imprint – DEFINITIVE Records. An imprint that was later re-launched in 2005 inspired by the uprising of Beatport and the new future of music distribution. Defined by a more progressive and tech house sound from such luminaries as Olivier Giacomotto, the imprint marked the beginning of John’s unparalleled taste as a global powerhouse and exemplar in dance music. Still releasing music to this day, DEFINITIVE has gone on to be one of the most iconic labels in dance music history.

Today, Acquaviva proudly upholds the titles of zealous vinyl collector, insatiable entrepreneur, executive film producer and label owner. Yet above all, John Acquaviva is the quintessential performer at heart. Last year saw John perform an impressive 7 hour set alongside Daniel Miller at the world renowned Berghain nightclub in Berlin, while also curating the soundtrack for the emotional closing event at Space Ibiza. As he looks ahead to 2017, there’s no telling what evolution John Acquaviva will pull from his sleeve next!