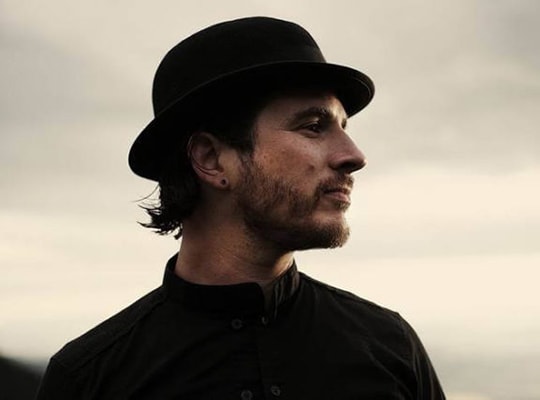 Ranking as one of today’s most influential and ground breaking world traveling DJs and Performers, Switzerland born and Chile raised Luciano has always been at the forefront of Techno and House. From his appearance at Santiago’s Love Parade and his move back to Europe at 21 years old, this forward thinking innovator has brought his own eclectic and truly unique blend of Electronic Music and passionate Latin grooves to crowds all over the planet, taking the stage at all the most renowned clubs from Ibiza to Berlin, Peru to Tokyo, via London, Frankfurt, Sao Paulo and everywhere in between.

Beside releasing a string of outstanding EPs and special projects on acclaimed imprints such as Perlon, Peacefrog, Poker Flat, M_nus and Cocoon, Luciano founded Cadenza Records, a label that’s become synonym with pushing the boundaries of the Dance scene with its iconic, one of a kind style and image thanks to a widely recognized and devoted group of artists and producers following in the steps of their charismatic leader.

After debuting his futuristic multi media show Aether Live in 2009 to successful reviews, Luciano went on to re-ignite Ibiza’s underground nightlife with a free event at the Ushuaïa beach bar which soon turned into the biggest party of the summer. From then on, a Sunday residency at Pacha and the Vagabundos concept came up in 2010, leading him and his colorful gang of beatmakers to become the White Island’s hottest sensation. The Luciano & Friends festivals were featured throughout the summers of 2012 and 2013 at the new Ushuaïa Hotel, and the Origins party at Amnesia rocked the 2014 season. His new label Basaec surfaced in 2014 as well, showcasing Luciano’s first productions as Luciæn dating back to his late teens.

With a touring schedule as busy as ever, in summer 2015 after a 2-year hiatus Luciano brought back the Vagabundos party, this time at Space Ibiza, for 17 weeks on Sundays, making it one of the most talked about events of the season on the Island. The Luciano & Friends parties meanwhile moved onto the beautiful location of Destino on Thursdays.

Beside his musical commitments, Luciano together with his wife Francisca and his sister Amélie has founded the charity One Coin For Life: with donations from the Electronic Music industry, it aims at raising awareness and collecting funds to help communities around the world. Its first venture included building schools for the children of the Arhuaco and Kogi tribes in Colombia, while upcoming projects will focus on financing the Vipingo Village in Kenya.