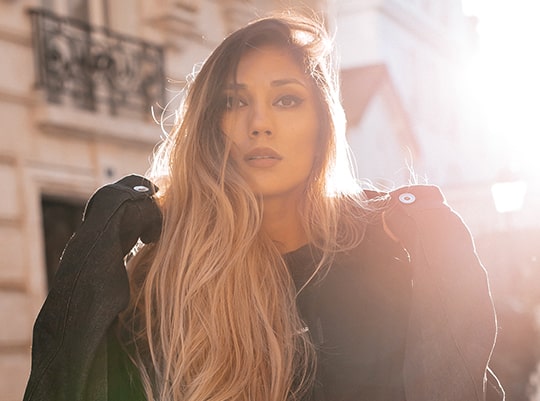 Manda Moor is a Danish/Filipino producer and DJ based in Paris. Her productions and DJ sets are somewhere between House and Techno, groove and tech infused, influenced by the House of Chicago from the 80s / 90s.

She’s a regular at respected gatherings such as Amnesia Ibiza for Luciano's Cadenza Vagabundos, BPM Festival, DJ Pierre's Acid Jack during ADE, a resident for Ibiza Global radio show It’s All About The Music and for Radio FG.

After working and touring worldwide as a DJ and tour manager, she definitely has learned along the way. She felt the urge to express herself in a different way: She now turns her skills to producing with her inaugural worldwide release on the English label Kaluki. Her debut EP quickly reached #1 on Beatport Minimal Deep Tech and #4 Overall releases, moreover her work is regularly supported by the heavy weights of the scene like The Martinez Brothers and Loco Dice. The tone is definitely set for a bright future.