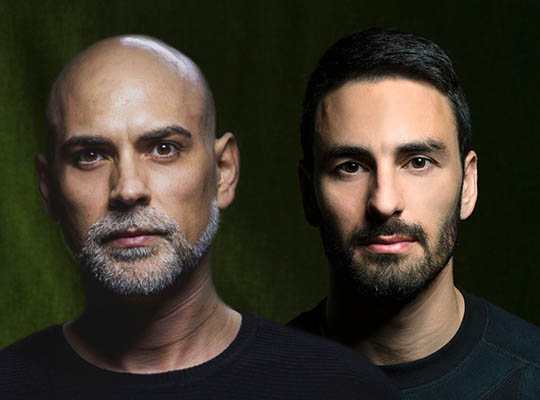 In 2014 ‘The Gemini Project’ album on Engrave Ltd has put Musumeci on the map by receiving strong support from major players in the music business.

In the same year he also made twice the N°1 position on Beatport Electronic Music Chart with Musumeci’s remix of Patrick Chardronnet’s classic ‘All I Got’ on Connaisseur Recordings as well as with the Musumeci & Lehar remix of Ost & Kjex’s anthem ‘Easy’ on Diynamic Music.

In 2016 he made the debut with his side project Human Machine, delivering two eps (‘146 on Connaisseur Recordings and ‘The Mule’ on Exit Strategy) as well as the track ‘Africa’ on Diynamic Music.

All those tracks are among the 100 most played tracks of the year according to Resident Advisor.

In 2017, Musumeci debuted on Solomun’s Diynamic Music with the ep “Mood Organs”. The release reached N7 on Beatport overall sales and opened doors of international clubs and festivals scene for him.

In 2018, Penfield Setting and Kamakura taken from the omonimous debut ep on Bedrock, reached on top of Beatport Progressive Chart (Respectively N1 & N3) while Musumeci & Phunkadelica’s ’Babilonia’ on Innervisions reached the peak of Beatport Deep House Chart remaining N°1 for 5 weeks in a row. The same year, along with his partner Lehar, he established his own night MUSE; a concept event where Musumeci & Lehar invite djs and producers that inspire the pair thanks to their unique sound and vision in electronic music.

Born as an itinerary event, in 2019 Muse by Lehar & Musumeci found its summer residency at Heart, Ibiza where the party takes place every first Tuesday of the month, from June to October.

Lehar's aesthetic categories of the sublimity and beauty of nature find their roots in Romanticism. As you may notice while listening to Lehar's music compositions, intuition and emotion are the basis of his creative process, finally resulting in a near impromptu. Lehar debut ep 'Sargas' on Offenbach imprint Connaisseur Recordings has put him on the map of modern electronic music and represents his artistic manifesto: a mixture of sounds and atmospheres of dramatic effects characterized by intimate basslines and intriguing melodies.

Lehar's Ep ''Magic Realism'' on Diynamic Music, the indie single ''Number One Hero'' featuring Rush Midnight on 2DIY4, his contribution to the "10 Years of Diynamic'' album celebration, his mini album "Picture" released in October 2017 on Diynamic Music, as well as in 2018 he released on his own imprinting "Penta EP", these releases have consolidated his reputation as a producer.

Thanks to the active work on the remix side and few collaboration with Musumeci, Lehar's music also appears on Compost Black Label, Endless, My Favorite Robot, Mood Music & Lost & Found.

Lehar emotional dj set reflects his approach to life, spontaneous and passionate. Aiming to create a night able to return as much as possible his musical concepts, Lehar has designed and built his first ''All Through The Night" tour.

In 2018 he created together with Musumeci and Olderic the label Multinotes.

Always in the same year he presented with Musumeci a new concept for a one night called MUSE, in 2019 they will have their own summer residency at Heart club in Ibiza.

Lehar is a bounds free creative fantasy that, as the music that represents, belongs to the world.