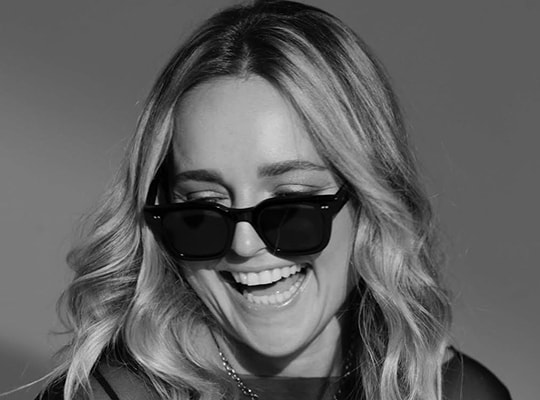 Nikolina has developed a strong passion for music since she was a child, taking her first piano lesson at the age of seven (and continuing for ten years). She has always been intrigued by non-mainstream styles and artists and started her DJ career in 2012, in Ukraine.

She quickly became one of the most well-known DJs in Kiev, distinguishing herself for her unusual track selection, with a very intense mix of deep house, tech house, indie house, and melodic house.

During her DJ years in Ukraine, Nikolina was a resident at L8, one of the main Clubs in Kiev, and at Mantra Club in Odessa, the top beach destination in the country. She was also responsible for the soundtrack at Kiev’s fashion week and performed many gigs at some of the best bars and clubs in the city, including Vogue Cafe and Fairmont Hotel.

In 2018, Nikolina moved to London, to be at the centre of the European music scene, and quickly built a reputation as an experimental and refined DJ. She is currently a Resident at Playa, was previously a Resident at Hovarda and regularly plays at Cuckoo Club. She has played at Lost in Sound, Nowhere Events and Beats on Toast events and had gigs at some of the best venues in London, including Ministry of Sound, Studio 17 (Blanche London), Opium, MNK House, Blake’s Hotel, Mandrake Hotel and Sunday brunch at Restaurant Ours, alongside highly respected international DJs, such as Audiofly, Satori, Bahrouz, Dorian Craft, Maga, Francesco Mami, Serge Devant, Jean Claude Ades, Birds of Mind, Blondish, Die Vögel.

As a result of her successful gigs in London, in 2019 Nikolina was invited by Pacha to play as one of the headline artists at its top winter event, for a two-week residency at AsitzBräu, over the Austrian Alps, that she helped turn into a “snowy Ibiza”. During the year, Nikolina also performed a number of gigs in Tulum, Portugal, Italy and Georgia. Nikolina has now also started to produce her own music and is very excited by the project, which is allowing her to experiment with new styles and melodies. Her first track has been released in June 2019 on BE Records.