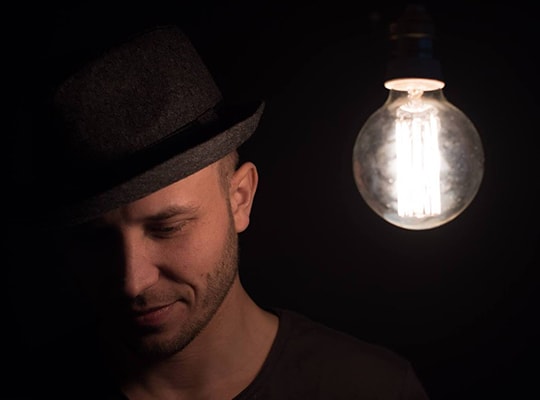 RAIDHO is one of the twenty four runes that comprise the oldest form of the runic alphabets. It represent important changes and personal development in all spheres of life. Raidho is a manifestation of rhythm and cosmic equilibrium, determined by the cyclical movement of sunrise and sunset and the changing seasons.

This is where the name of this new musical project came into being. Raidho is a combination of modern electronic music with ethnic and folk elements from various corners of the world. The project started in late 2017 and has already made it into the TOP50 best selling artists worldwide in Electronica / Downtempo on Beatport. RAIDHO has released more then 14 tracks through Iboga Records, Otake Records, the American labels Sol Selectas Records and Pipe & Pochet, as well as German record labels Acker Records, 3000Grad and Bar25 Music. The last one is named after the legendary Berlin club Bar25. All the original tracks released to date have been featured in the TOP40 bestsellers chart in the Electronica / Downtempo genre on Beatport (including 3 times on TOP10) and received huge support from all over the world including Acid Pauli, Audiofly, Sabo, Lee Burridge, Behrouz, Oliver Koletzki, Blond:Ish, Be Svendsen, SIS, Kora (CA), Just Emma, Britta Arnold, just to name a few.

Regular quality releases by well-known international labels as well as being a member of the Sol Selectas Records family have led to appearances in top clubs and festivals worldwide such as Scorpios Mykonos in Greece, Be Tulum and Besos Tulum in Mexico, Amsterdam Dance Event (ADE) in The Netherlands, Audioriver Festival in Poland, or Burning Man in the US where he played 5 shows last year. Raidho shared the decks with many epic artists. During the last 2 years he has played with Lee Burridge, Rampue, Viken Arman, Be Svendsen, Armen Miran, Oliver Koletzki, Sabo and Goldcap, among many others.

In his work and sets you can expect magical raptures and hypnotic sounds intertwined with ethnic elements.