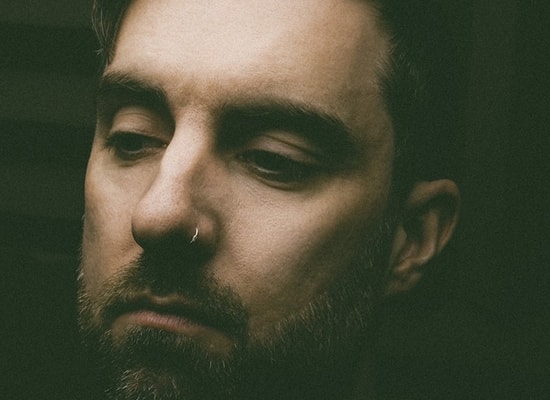 Since 2003, Paul Rose – aka Scuba – and his Hotflush imprint have shaped the direction of the electronic scene’s bass-heavy landscape more than most. Starting with the underground garage sound that became dubstep, and gradually teasing its dark, bass-heavy sonics through abstract electronica, jacking house and cavernous techno, they are the underground tastemakers behind era-defining club smashes like Joy Orbison’s ‘Hyph Mngo’ and 2013's ‘Untitled’, the ubiquitous piano house banger by Paul Woolford. They also launched the careers of innovators as diverse as Mount Kimbie, George FitzGerald, Or:la, and Sepalcure.

As a DJ and producer, he’s released five artist albums, spun mixes for the esteemed DJ Kicks and Fabric series, won a DJ Mag Best Live Act award and run a series of seminal nights ‘SUB:STANCE’ at the world's best club, Berghain, opening a portal for many involved in the UK-centric dubstep movement of the 2000s, immersing them directly at the core of Berlin’s inimitable techno scene. During its five year run from 2008-2013, the quarterly event brought an impressive and diverse list of artists to Berghain for the first time, opening up the Berlin institution to a new set of aesthetics and commanding a dialogue between two crucial scenes.

A musical contrarian, Scuba has deliberately pushed against dance music currents. After the melancholic statement that comprised his 2008 debut 'A Mutual Antipathy', he released 2010’s 'Triangulation', a widely acclaimed opus steeped in shadowy cross-genre electronics. That was swiftly followed by excursions into deep 4/4 rhythms under the pseudonym SCB and then, surprisingly, 2011’s ‘Adrenalin EP’ paving the way for the following year’s jubilant 90’s house-inflected album, 'Personality'. After three years constant touring, in 2015 he released his 'Claustrophobia' LP, another abrupt stylistic left turn, leaving behind any trace of euphoria, instead delving deep into experimental electronics and pounding techno. His most recent album as SCB 'Caibu' (2018) drew strength from introspection in a dystopic setting, focusing on the vague notion of a climate-related disaster.

To conclude 2018, Rose announced an indefinite break from touring and the presentation of three new releases celebrating ten years since the launch of SUB:STANCE. 'A Mutual Antipathy Revisited' looks back on his 2008 debut album, presenting newly mastered digital versions of the originals, as well as a lost track from that era featuring Amp Fiddler. 'SUB:STANCE in Retrograde' is a ten-track album of never before heard material produced during the sessions for the first two Scuba albums in 2008 and 2010. Concluding the series, 'Sounds of SUB:STANCE' is a vast compilation of tracks from some of the most lauded artists in electronic music, providing a soundtrack to the legendary parties of 2008-2013.